On the 28th of April, HRM Queen Madeline shall celebrate her 15th birthday. Citizens will  be able to watch her adress to the nation outside the Agiad Palace on the day.
Also, on the 1st of May is Nation Education Day.
Posted by Unknown at 00:39 2 comments:

A deal has been reached between the Loyalists and the Communists. Queen Madeline offered the former prince Samuel the province of Slender Creek. At 9:45 am, he agreed. The province will, from today onwards, be an entirely separate state, known as The Soviet Union of Mycenae. Samuel will be the leader.
Posted by Unknown at 17:36 No comments:

Continuing our story, Queen Madeline has made an attack on the base of communist leader and former prince, Samuel. After gathering supplies, our Beloved Queen made a solo mission into the traitor's room while he went to the kitchen. While he was away she crumbled some crisps into his sheets. She was planning on putting salt into his glass of water when he returned. After some brief, angry words, she threw the salt at his face and declared war on his faction, which now includes Princess Emily. Due to the late hour, the Princess Regent could not be contacted. Although it initially appeared that she would become the Eurypontid Queen, it appears more likely that a more military-minded monarch will be selected. This crisis is likely to bring forward the planned coronation of a new Eurypontid ruler, to help increase stability on the side of the loyalists.
Posted by Unknown at 03:53 No comments:

In an adress to the rest of the Agiad family today, Prince Samuel, younger brother of our beloved Queen Madeline, announced his intentions of removing the Queen from her throne and converting the fatherland into communist state. He then renounced his title, his military commission, and his oath of loyalty towards his nation. This has come as a great shock to Queen Madeline, but it is unknown what the Princess Regent Stephanie thinks of the issue.

We will continue to cover this story
Posted by Unknown at 02:49 No comments:

Plans to increase Naval funding, New ships to be built

Plans are being voted on by the Gerousa next week which could improve the state of our beloved nation's Navy. The plans, put forward two weeks ago, involve the building of a 36-gun frigate in the late eighteenth century style and a Viking warship. These will provide around three new jobs in construction alone. Also Naval funding will increase by around 8 drachma a year, allowing for pay increases for crewmen.
Posted by Unknown at 17:04 No comments:

The body of Reginald the rooster was today laid to rest during a short ceremony in the Agiad Palace this morning. Reginald the Plymouth Rock cockerel was the official mascot of the Queen's Own Bodyguard, and beloved pet of of Her Majesty. A monument is being planned to commemorate his life.

He died after a sudden illness, and leaves behind a wife, Bessie the hen. 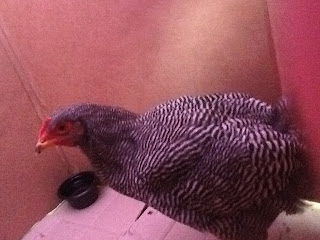 Hello and welcome to the new site for Spartan news and information. Since the last site crashed us Spartans have been completely without a way of staying informed about the affairs of our nation. This turned out to be quite a problem as many citizens live far away from the capital and soon decided to renounce their citizenships. On of these people has unfortunately been the former King Wilhelm, who has now become a citizen of the Shedlands. As he did not state an heir, Stephanie, Duchess of Wynyard, is now performing his duties as ruler until the Gerousa decide on the rightful successor. it seems likely, though, that Stephanie will become Queen.
Posted by Unknown at 03:45 No comments: